Rounding Out Our Native Plant Gardens

Yesterday, I posted information on my top local native wildflowers for the garden. Today, We'll top it off with shrubs, grasses and cacti to lend variety in shape, width and texture. Naturally, if you were planting and installing a garden, the trees and shrubs would go in first, before the herbaceous perennials and grasses. I'm only listing a few of 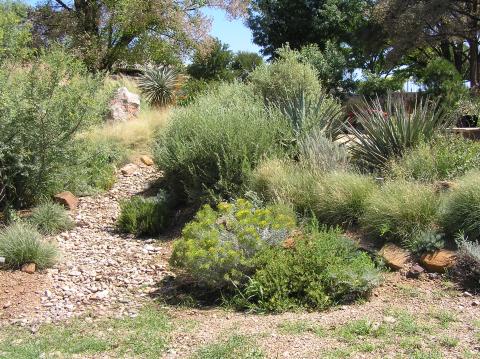 the many local native and southwest native plants available.

And don't forget several accent rocks. Accent rocks provide more than a visual element, but a vital part of the plant/garden community. Rocks and boulders provide shelter from wind, shade from the sun, store up heat in the winter and gather moisture as insurance between rainfalls. One never has to feed, water or treat the rocks for pest and disease, although you might find a snake hibernating under them, as I did this spring. Instead of freaking out, I was happy to provide an ecological niche. Of course, had it been a rattler, this would be a different story.

Local Native Shrubs for the Garden 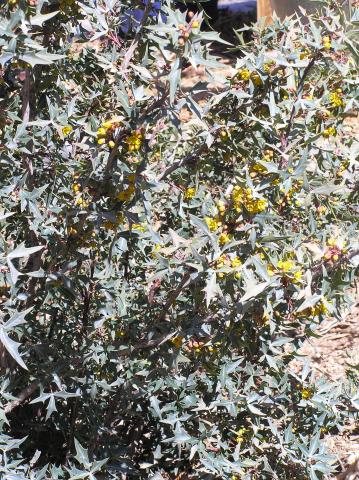 Faluga paradoxa, Apache Plume. Small green leaves on wiry branches. It's selling point is the white flowers and plumes spring to fall. Will grow to 6'T x 4'W, but can be pruned each spring to maintain a more compact shape.

A Few Native Grasses for the Garden 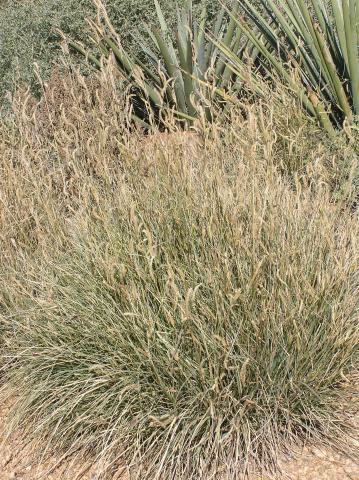 Bouteloua gracilis, blue grama grass, native warm season perennial grass to the Short grass Prairies reaches about 12” tall. Mat forming with short rhizomes in our dry area it is mostly found in short tufts. Can be used as a lawn if mowed no lower than 4” and watered every other week. Not too particular about soil, requires less water than buffalo grass.

Bucheloe dactyloides, Buffalograss. Our North American native turfgrass, native to the shortgrass prairie and elevations below 7,000 ft. Sod forming warm season perennial grass grows to 4-6 inches tall. Spreads by stolons, will grow on most soils but prefers heavy clay soils to sand. Once a month mowing and watering, usually. Can be watered more often, if necessary.

Eragostis tricodes, Sand lovegrass. Native east of the Rockies to most of the US. Mid height clumping perennial grass. Lovely ornamental summer blooming grass. Will seed a bit.

Our native yucca is Yucca glauca. I don't recommend planting it in the garden because it is invasive. There are many non-local native yuccas to choose from that won't become a problem. Alas, I've never heard of a local native agave, but there are any number of agaves that are cold hardy for the Texas Panhandle.

Tomorrow, I'll post about amending the soil for a native plant garden.